What Is AES Encryption And How Does It Work?

Overview: What Is AES?

First adopted by the U.S. government to protect classified information, Advanced Encryption Standard (AES) has long gained global acceptance and is used for securing sensitive data in various industries. In this post, we'll discuss AES encryption and explain its vital role in securing sensitive files sent over the Internet. 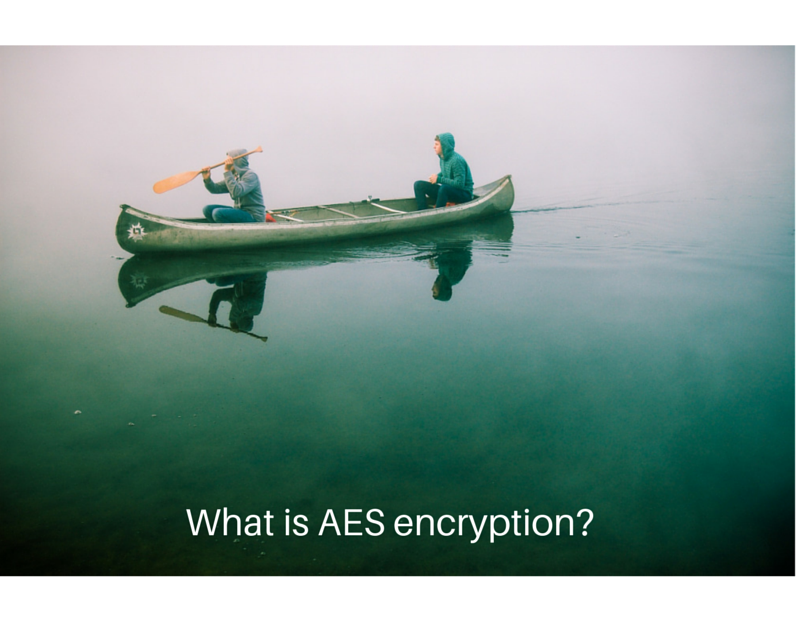 What Is AES Encryption?

AES is a cipher, a method for encrypting and decrypting information. Whenever you transmit files over secure file transfer protocols like HTTPS, FTPS, SFTP, WebDAVS, OFTP, or AS2, there's a good chance your data will be encrypted by some flavor of AES ciphers — either AES 256, 192, or 128. We'll discuss more about these AES encryptions shortly.

Different secure managed file transfer software may be equipped with varying selections of encryption algorithms. Some ciphers may be included in certain selections but absent in others. Not AES. AES will almost always be present in all but a few. Why is this so? It all started when the US government began looking for a new encryption algorithm that could be used to protect sensitive data.

How Rijndael Became A Standard

For about two decades since 1977, the US government used a cipher called DES (Data Encryption Standard) to protect sensitive, unclassified information. Unfortunately, that cipher was later proven to be insecure, prompting the government to look for a replacement.

This led to a standardization process that attracted 15 competing encryption designs, which included — among others — MARS from IBM, RC6 from RSA Security, Serpent, Twofish, and Rijndeal. It was Rijndael, designed by two Belgian cryptographers (Joan Daemen and Vincent Rijmen), that eventually became the standard and is known as Advanced Encryption Standard or AES.

The selection process was very stringent, taking five years to complete. During that span, many experts from the cryptographic community carried out detailed tests and painstaking discussions to find vulnerabilities and weaknesses. The participation of different sectors, which showed the openness of the selection process, speaks volumes of how credible the process was.

Although the cipher's strength against various attacks was a major consideration in choosing the standard, it included other factors like speed, versatility, and computational requirements. The government wanted an encryption standard that wasn't just strong, but also fast, reliable and easily implemented in both software and hardware — even those with limited CPU and memory.

Although the other encryption algorithms were also very good, the Rijndael cipher was ultimately selected and declared a Federal Information Processing Standards or FIPS standard by the NIST (National Institute of Standards and Technology) in 2001. It was approved by the Secretary of Commerce and then recognized as a federal government standard the following year.

Note: The official AES standard is specified in FIPS PUB 197.

The rise of AES didn't end there. In 2003, the government deemed it suitable for protecting classified information. The NSA (National Security Agency) is still using AES to encrypt Top Secret information.

So how does AES work? AES belongs to a family of ciphers known as block ciphers. A block cipher is an algorithm that encrypts data on a per-block basis. The size of each block is usually measured in bits. AES, for example, is 128 bits long. Meaning, AES will operate on 128 bits of plaintext to produce 128 bits of ciphertext.

In terms of performance though, shorter keys result in faster encryption times compared to longer keys. So 128 bit AES encryption is faster than AES 256 bit encryption.

How Is The AES Encryption Algorithm Used In Secure File Transfers?

As mentioned earlier, AES is implemented in secure file transfer protocols like FTPS, HTTPS, SFTP, AS2, WebDAVS, and OFTP. But what exactly is its role?

Symmetric key ciphers like AES are more suitable for encrypting the actual data (and commands) because they require less resources and are also much faster than asymmetric ciphers. The article Symmetric vs Asymmetric Encryption has a more thorough discussion regarding these two groups of ciphers.

How To Set Up A HTTPS File Transfer: HTTPS File Sharing
What Is AS2 Protocol? How To Use Applicability Statement 2
What Is HMAC And How Does It Secure File Transfers?
What Is HTTP Strict Transport Security (HSTS)?