What is a Cipher? | Understanding Encryption Algorithms

The strength of an encryption largely depends on two components: 1) the cipher and 2) the length of the key. We already discussed key lengths in an older post. So today, let's talk about the other component. 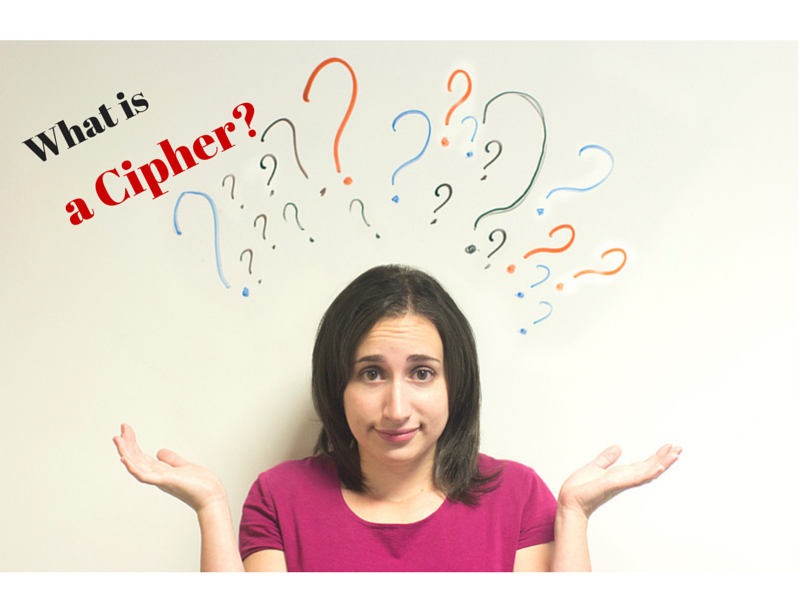 What is a cipher? A cipher is simply a method for encrypting (and decrypting) messages. To understand what I mean, let me give you an example.

The substitution cipher is a very simple example of an encryption algorithm. Here's how it works.

Let's say you have a message that says: "Call me tonight"

In encryption parlance, the original message, i.e., the message which people can understand, is called plaintext. The garbled message resulting from an encryption, on the other hand, is known as ciphertext. To get the ciphertext of the message "Call me tonight", we substitute each letter in the message with the letter positioned n places after it in the alphabet.

The 'n' value, i.e., the number of positions to be counted after each plaintext letter, is known as the key. If the key is 3, then we can obtain the ciphertext by using the guide below. Notice how A will be repleced by D, B by E, T by W, and so on. If you need to go beyond Z, then just wrap around to the beginning of the alphabet.

Thus, when operated on by a substitution cipher with key = 3,

the plaintext: "Call me tonight"

An attempt to create our own encryption algorithm

Note: This example shows why you shouldn't try to create your own cipher or encryption algorithm! :-)

What if we don't like the cipher used earlier because we find it too simple? We could always create our own, right? Here's one.

Instead of just counting n number of steps in the alphabet based on the key, let's run the key first through the mathematical expression:

Thus, the plaintext "CALL" would correspond to the ciphertext "FBXX". You can obtain the rest if you want.

Did you encounter any problem?

If you calculated the ciphertext of N using our algorithm, you would have obtained 14 x 2 = 28. Wrapping around the alphabet, that would correspond to B. But that's also the ciphertext of plaintext A, remember? Big problem.

While we were lucky to spot that flaw early, not all flaws are easy to spot. Those are the flaws that could lead to data breaches. Cryptography is a difficult science best suited for brilliant mathematicians. Before widely accepted encryption algorithms become widely accepted and released for public consumption, they undergo several stringent tests/reviews by various experts in the field. In fact, in spite of those tests, it's still possible (it has happened more than once) to discover vulnerabilties in a cipher after release.

And so for us mere mortals, it would be best to just stick to the algorithms that have already gone through those tests. They won't be 100% unbreakable, but they'd certainly be way better than anything we'd develop on our own.

Where are ciphers used?

Ciphers are used to provide encryption, authentication, and data integrity checks in file transfer protocols like FTPS, SFTP, and WEBDAVS as well as in data-at-rest systems like OpenPGP.  The articles How To Set Up A HTTPS File Transfer and Setting SFTP Algorithms On Your SFTP Server can give you more information on the subject, especially from a practical standpoint.

Symmetric encryption uses a single key for both encryption and decryption, while asymmetric uses two keys: a private key and a public key. For more information about these two, just read Symmetric vs Asymmetric Encryption.

That would be all for now. I hope you gained some useful information from this.

If you want to be updated on posts like this, do connect with us on social media.