Digital signatures help enforce security during data transfers. They're mainly responsible for establishing authentication, data integrity, and non-repudiation. Today, we'll be talking about the basic concepts behind digital signatures, where they're used, how they work, and why they're always an integral part of highly secure file transfers. 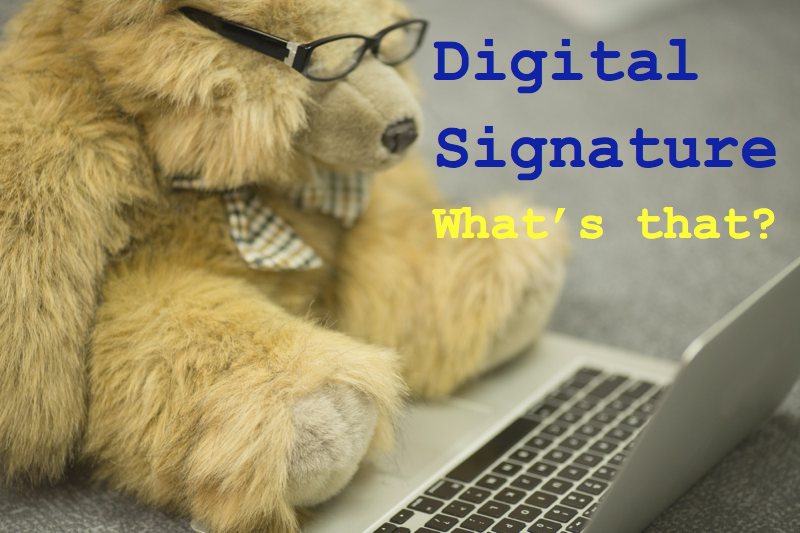 Message or Data integrity is particularly crucial during data transfers. Data integrity ensures that the message received by the recipient is exactly the same message sent by the sender. In wide area networks like the Internet, where messages have to hop from one node or network device to another before arriving at their intended final destination, there's always that risk of messages getting altered along the way whether deliberately or accidentally. Data integrity mechanisms help mitigate those risks. Through a data integrity check, you'll know if the message you received has been tampered.

When you receive a sensitive file, it's sometimes not enough to know that the information in that file has been unaltered. You would also want to be sure whether it really came from the person who you think sent it. In other words, you would need a mechanism that would enable you to authenticate the source.

For example, let's say you received a list of your top managers accompanied by a request for their corresponding salaries. It would be wise to authenticate the source of that request first before sending out an appropriate response. You wouldn't want to be sending out that information to unauthorized personnel or to a competitor.

Lastly, there may be data exchanges where you wouldn't want senders to disown transmissions they actually sent some time in the past. For example, if someone submits a report and the report is later found to be fraudulent, you wouldn't want the sender to deny the fact that he sent it.

So how do digital signatures help you achieve these information security goals? Perhaps it would be best to start by explaining how they work.

So how does one create a digital signature?

To create a digital signature, you would take the message or file you would like to sign and run it through a hash function. After that, you take the resulting message digest or hash, combine it with your private key, and then run them through a signing algorithm like RSA or DSA. The final result is that message's digital signature. Of course, in applications like a secure file transfer server, these things happen behind the scenes.

Theoretically, you could skip that hash function part and simply run the file and the private key through some "signing algorithm" and still produce a "digital signature". However, if the file is so large, this would take a great deal of time. Besides, the resulting "signature" would also consume an impractically huge amount of space.

If you have a public key and the key fails to authenticate a document you just received, that would mean the secret key used for signing wasn't this public key's pair. Consequently, it would also mean that the document's source isn't who you expected it to be. That's how digital signatures are used for authentication.

During the same verification process, the public key is also used to extract the message digest that was originally combined with the private key to produce the digital signature. The retrieved message digest is then compared with the recipient's own locally-generated hash value of the received message. The recipient must know what hash function was used by the sender. If the locally-generated hash value and the extracted message digest are equal, then it would mean that integrity of the message has been preserved.

Here's a simplified illustration of what we just discussed:

Let me just go over those steps:

If both are achieved, then there is no way the sender can later on deny that he sent the document. That's because none of these would be achieved if the wrong private key was used in step 1. Since only the source could (theoretically) have a hold of the private key, only the source could have initiated this particular transaction. And that is how digital signatures help establish non-repudiation.

Its ability to help enforce authentication, data integrity, and non-repudiation can be very useful in automated business transactions and is the reason why digital signatures are integral to secure data transfer protocols like SFTP, FTPS, OFTP, and AS2.

When digital signatures alone are not enough

Notice how digital signatures are very dependent on the integrity of the encryption keys. What if the public key in your possession actually belongs to an impostor? It's possible for an attacker to pose as someone else and then dupe you into obtaining his (the attacker's) public key. Once that happens, the entire process illustrated earlier (from step 1 through 5) will proceed as normal even if (in actuality) it has already been compromised.

In our next post, you'll learn how to mitigate this particular risk by using digital certificates, certificate authorities, and other trust models.

How To Set Up A HTTPS File Transfer

Or if you're not intimidated by legalese, dive into:

The Electronic Signatures in Global and National Commerce Act