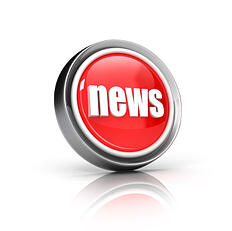 JSCAPE is pleased to announce the release of JSCAPE MFT Server 8.2.  This latest version comes with a number of user interface and performance enhancements, but the biggest news is the newly added support for AFTP actions in the triggers module.

Triggers are a core feature of JSCAPE MFT Server that allow users to automate a number of file transfer related business processes. Users are now given the ability to combine triggers and AFTP to automate fast file transfers.

"Organizations who need to transfer files over long distances on a schedule or in response to server events will find AFTP trigger actions extremely useful." said JSCAPE CEO Van Glass.

"For example, you’re in New York and your trading partner is in Seoul and you need to schedule a large file transfer that will arrive within the next 3 hours.  Due to the high amount of network latency between New York and Seoul, a large file transfer may take a day or more with conventional protocols like FTP or SFTP.  However, using AFTP you can reduce this to mere minutes, saving you a great deal of time and hassle." explained Mr. Glass.

How to Boost File Transfer Speeds 100x Without Increasing Your Bandwidth.